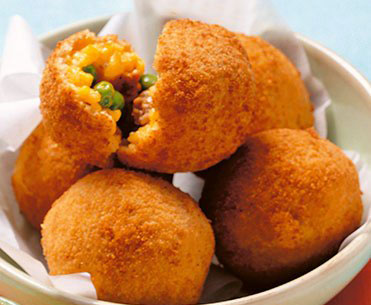 In the south-east of Sicily we find the famous ‘Baroque Triangle’ comprising Ragusa, Noto and Modica, considered the most important Baroque area of Italy, and possibly Europe.

These cities were completely levelled by the earthquake of 1693 and then reconstructed entirely in the Baroque style. The architecture is stunning with the hard Modica stone used for well preserved carvings on the frontage and balconies. The city of Noto, is a Baroque Disneyland. The old town was completely destroyed by an earthquake in 1693. The “new” town, which we visit today, was built at the height of Spanish rule of the island and was intended to be a model of Baroque city planning and architecture. Indeed, it is. All the buildings of central Noto are made of golden sandstone and are covered in the decorative elements of the Baroque: columns, pediments, pilasters, accented by complex carvings of everything from bunches of grapes to mythological animals. Each building is different but the same elements are included everywhere. The central street opens up onto three grand piazzas surmounted by cascading broad staircases. The overall effect is dramatic, formal, elegant.

THE COOKING SCHOOL IN TAORMINA

Join Chef Massimo in Taormina as he leads you through a guided market tour discovering Sicily’s colorful foods. Visit the fruit & vegetable vendor to find out what’s in season and the fishmonger to choose the best fresh catch of the day in Taormina’s historic fish market. Pick up the ingredients for your hands-on cooking class while learning about the local in-season products, Massimo’s family recipes and traditions. After the market tour, head into the kitchen for your hands-on cooking class featuring Sicilian specialties such as Ricotta-stuffed zucchini flowers, a rainbow of fresh sautéed vegetables such as peppers, eggplant and zucchini caponata, stuffed artichokes with Chef Massimo’s secret stuffing recipe, fresh egg pasta and either a fish, meat or vegetarian main dish such as involtini (rolled stuffed beef), local fish cooked Taormina-style, or polpette (meatballs). Each hands-on cooking class includes the preparation of a full Sicilian menu including a typical Sicilian dessert. Lunch follows featuring the foods prepared and it’s accompanied by local Sicilian wines.

THE COOKING SCHOOL IN MODICA

Your cooking lesson will be held by the chef of a famous restaurant in Modica who also organizes teaching laboratories for Slow Food. His enthusiasm for transmitting his culinary knowledge to people of other cultures makes him the perfect ‘master’ for the lessons. He will speak of the importance of selecting the very freshest local and seasonal ingredients. In fact, the menus for the lessons change according to the seasonal availability of these foods. His recipes are carefully chosen so that they may be prepared once the traveler has returned home, transmitting the culinary tradition of Sicily even farther afield. Some examples of the dishes you will be preparing, according to seasonal availability of the ingredients are: arancini, agnello agrassato, minni ri vergini, riso al nero di seppia, biancomangiare di mandorle di noto e crema al limone. The fish you prepare will be bought fresh from the morning’s market.