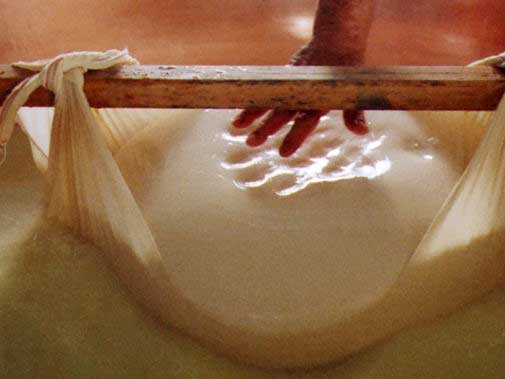 Bologna is considered to be the gastronomic capital of Italy. It has been given a number of nicknames: la Dotta (the learned) for its ancient University, the most ancient in Europe, la Rossa (the red) for the warm color of its roofs and houses, and la Grassa for its wonderful culinary tradition.

In Bologna now you can visit also FICO, the world largest agro-food park. In its 100 000 square meters, the “Fabbrica Italiana Contadina”, includes  all the excellence of Italian food production chain, from the fields (up to 2 hectare of plantation and livestock), to the transformation processes (with 40 processing factories) and the gastronomy, with 25 restaurant and markets.

In the fields and farms you can found some of most important cultivars and breeds, also you can visit demonstrative and didactic fields. There are also a lot of laboratories, where you can watch the processing of Italian raw materials and the birth of excellent food and wine products such as meat, fish, cheeses, pasta, oil and beer by the greatest Italian artisans.

There are also a lot of boutique and shops where you can  buy the products coming from the park laboratories, and with 25 five thematic restaurants  and street food stalls you can taste the most important and famous Italian recipes.

Bologna is also known by the name of the “towered”: between Tenth and Twelveth Century, the town was full of these medieval skyscrapers that not only had a defensive purpose, but also offered a strategic view over the surrounding hills and the vast plain. Now only a few of these towers remain. Torre Asinella an Torre Garisenda, which along with the Catherdral of San Luca on the Colle della Guardia are considered symbols of the City. Another well-known feature of this beautiful ancient City are its porticoes. From 1200 to 1900, all the styles and decorations of Bologna’s signature architecture feature porticoes or arcades A unique cityscape, Bologna’s porticoes offer 40 kilometres of covered walkways to discover and enjoy. Bologna, with all of its cultural, architectural and culinary wonders, is especially attractive because it has not yet been contaminated by mass tourism.

THE COOKING SCHOOL IN BOLOGNA

You will enjoy a morning walking tour with our assistant in the central market area, ancient narrow streets hosting specialty food shops, stands and delicatessens. There you will buy the ingredients for your afternoon cooking lesson. The cooking lessons are held in a private cooking school in the center of Bologna. The School focuses on the local products and seasonal produce of the Emilia Romagna region.

The chef who is also the owner of the cooking school, is a Slow Food teacher for historical Bolognese cuisine. She will teach you some traditional “bolognesi” recipes: hand made pasta, tortellini, tortelloni, Bolognese ragu, second courses including the bolognese bollito and desserts. All of which will be enjoyed together with selected local wines.